and there you have it…

About a month ago I bought a new camera. It’s been something I’ve been wanting to buy for a while, but it was expensive and I’m cheap and it was really hard for me to justify spending that much of the family budget on something solely for my pleasure. Then, in April, my Grandpa died. When my parents came back from the funeral they had a check for me, from Grandpa.

I agonized for weeks about what to do with that money, I couldn’t deposit it, I just left the check un-cashed. I knew what I would have done with any other extra money, the same thing we’ve been doing for the past five years with any extra money, pay off the debt. But this was an inheritance, it felt different, I couldn’t just pay another bill with it.

In the end, I decided I didn’t want to remember my Grandpa by paying off the car, a car we will use until it’s an old beater car. I bought my camera, and I haven’t regretted it one bit. Now every time I see a beautiful picture like this one, I remember my Grandpa, and I smile. 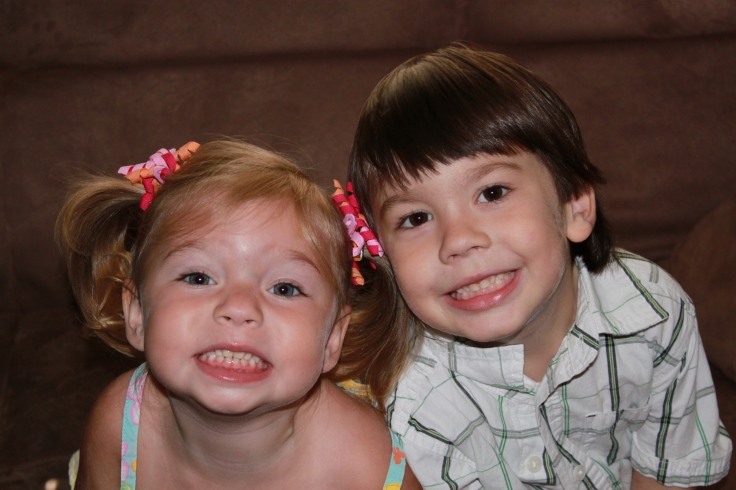 Stuff has been going on around here, and lots of it. Which is why you’ve been hearing nothing. Makes sense, right? Here’s a quick update.

Jacob’s standing, pulling up on everything, including the pack ‘n play. You remember that commercial for the panic button for old people? The one where the old lady falls and says the classic line ‘Help I’ve fallen and I can’t get up!’ We have the reverse around here. Jacob pulls up on the couch, the chairs, the bed, any person he can find and then starts whining. Which is his version of ‘Help I’m standing and I can’t get down!’

On a not even remotely related note, guess who’s eating dairy these days? Oh yeah baby, that’s me. I’ve tried every kind of cheese imaginable so far and will soon branch to milk and butter, but so far no negative reactions from Jacob. I feel extremely strange just being able to eat whatever everyone else is eating and instead of going out and eating an entire pizza like I thought I would people have almost had to force me to eat dairy. I can’t get over the fear that I still might damage my child, that maybe a little is ok, but a lot could still hurt him. We’re still in the beginning stages of this dairy reentry though, I’m sure I’ll get over it.

Dairy. Jacob. Poop. Potty. Jena! (like the path my brain took to get here, it was a logic jump for you too…right?) Jena has also gone on the potty three days in a row now.  I take absolutely no credit for this as I have avoided potty training her like the plague. I actually took away the potty until recently because I didn’t want her to sit on it all the time anymore. Such an encouraging parent I am! But she just sits down and goes, like she’s got the thing all figured out. I sure hope she’s right, I’m stealing the diaper this weekend and we’ll see how she does. Oh to be down to one kid in diapers, just one, could it really happen? I can barely hope.

Grant was also registered for VPK yesterday! Hurray! I am decidedly more excited than he is, but he will warm to it, I’m convinced, he has no choice. In the meantime he’s too concerned with his impending birthday. He’s turning 4, already! I’ve been ‘working’ on his birthday video for months and still have over a year’s worth of picture to weed through to even start it. I have two weeks left, we’ll see how it goes. I’m still open for song suggestions, my only requirement is that it must be 15 mins long, so I can fit all these pictures in it.

And that’s all I got for you.

why is my rug wet…

so we took Grant’s diaper away a couple months ago. Mommy just got sick of it and decided no more.  He did great. I was amazed and a bit chagrined (like that big word?) that I hadn’t taken it away earlier. We were down to only two in diapers. The Grant’s recent bout with allergies started (don’t get me started) and he started wetting the bed at night.

lots of blah blah blah not important stuff I don’t have the energy to get into right now, and we’re up to present day. Grant occasionally wets the bed, but on those nights he actually changes his own pants and goes back to sleep. But the majority of the time, he’s fine.

So three days ago I get out of bed and as I’m walking out of the room I step on a wet spot on our rug. That’s strange my tired brain thinks, but goes no further. I start getting ready, wake up a bit, go to the kids room to get their clothes out and step on another wet spot on their rug. hmmm…what’s that, I wonder. I look around the room and find a discarded pair of underwear in the corner, still damp. So I figure this pair sat on the rug last night instead of in the dirty clothes, that’s why their rug is wet. Case closed.

The next morning comes, I go into their room to get their clothes again, and step on another wet spot on their rug. This time I find no underwear any where in the room. I put them to bed last night and I know that Grant is wearing the same underwear and pjs this morning that he was the night before. I ask him if he had an accident anyway, check his underwear to see if they’re wet, his sheets aren’t wet, he’s insistent he didn’t have an accident that night. I can’t figure it out. I tell Neil. He thinks maybe Jena’s diaper leaked. I check her, and it’s not that. Jacob was in our room all night, so it wasn’t him. We know for sure the cats were both out that night too….what could it be?

Then we have last night. I’ve already gone to bed. Neil is still up, it’s about midnight. All of a sudden the kids’ door opens and Grant peeks out, sees Neil and closes the door. Neil jumps up and goes in the kids’ room, but he’s not fast enough. When he opens the door he finds a wide awake little boy with his pants down using his rug as his own personal john.

And if that’s not bad enough, tonight when we were watching Wall-E together on the couch after dinner he runs into his room and starts peeing on his rug again! There wasn’t anyone in the bathroom, he had no sleep brain excuses, what is the deal?!?!

I’m not sure which is worse, repeatedly changing and washing sheets from a kid who still has accidents or having a kid beyond having accidents intentionally peeing on your rugs! I had a cat like him once, would only pee on throw rugs. We switched her from an inside cat to an outside cat.

I’ve got an unused tent and sleeping bag in the storage area kid…I’m just saying.

So as you’ve seen Jacob’s on the move. It’s made it a different kind of busy around here, the kind of busy that eliminates sitting on my butt for a period of time long enough to compose anything, yes I just called it compose, like I’m a real writer!

We are enjoying it though. Even when he is whining as he follows us around the house with his little slap-slap. I’ve found a few new blogs to read recently and I’ve already made plans to steal a fair amount of ideas for here. Don’t go judging. If you think about it for more than 5 seconds, you’ll realize we are all a product of the things we choose to expose ourselves too. So of course the things we produce will be the same. I believe I read in a famous book somewhere that there was nothing new under the sun….or something like that. You really aren’t unique, and neither am I! So get over it.

All that to say, look forward to some new content, soon, someday, eventually. But don’t let the silence worry you, the kids didn’t kill me…yet.

BTW anybody know where the title’s from?

Grant reads me a bedtime story

I took a video of this too, but it’s pretty dark, and my finger was over the lense for the first little bit, and I didn’t even have Grant in the video at all in the beginning, just the book. It’s not my best work, I couldn’t see, I believe I mentioned the dark part.

Now I greatly enjoy it anyway, but I’ve been told I’m a bit biased when it comes to this kid.

I tried my best to transcribe the story for you. It was his version of a little animal book. It’s one of those one picture, one word a page board books. Grant’s version is more involved, and more entertaining in my opinion. Perhaps we have a budding author on our hands, only time will tell. Here goes.

OK. Once upon a time.

*opens book to the monkey page* de monkey got died, and then he got killed (building excitement). One day dey fixed him wit da trees and flowers (excited whisper voice).

*turns to giraffe page* de giraffe was going for a roph one soph (it’s like he just forgot he was speaking english for a moment…and he’s back) when a lion pic him daway *lion sounds* an God jus didn make no lions no more, and din he was fixed, and din he was really happy had an iPhone. dat what da giraffe did.

*turns to elephant page* da elephant was so happy. he was haves new friends wit da dogs, kitties, and fish. And he could liked it two at a time (got a little Noah action going on there).

*turns to the tucan page, that he thinks is a macaw* da cawcaw. here comes da bird. he was he called whatcha eat some food. hes hungy, hungry.

*turns to frog page* (turn down volume Jena’s coming) hey frog i’m hungry, I want to eat some hair. (million dollars if you can decipher this…if I end up posting the video…)

*turns to turtle page* hey turtle! I neber a (more Grant language) turtle. can you get me some food please?